The firm, led by Dr. Herfried Wöss and Adriana San Román, recently successfully represented a large French energy company in a complex US$ 240 million energy tariff arbitration in which all claims against the firm’s client were dismissed and the counterclaims and costs of arbitration were awarded to the client. In 2020, the firm also successfully advised a leading EPC contractor with respect to multiple claims and counterclaims with a New York investment fund regarding a 1,000+ MW combined cycle thermoelectrical plant and complex technical and economic issues, which led to the settlement of the dispute while on the brink of commencing an ICC arbitration in New York under the laws of New York. 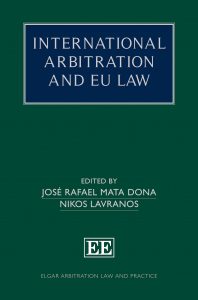 Wöss & Partners is listed as a top tier firm in Latin America by Legal 500, which also ranks Dr. Herfried Wöss and Adriana San Román as leading individuals. Dr. Wöss is referenced in the Legal 500 Powerlist Arbitration Latin America and the International Who’s Who: Commercial Arbitration. Adriana San Román is also a financial expert and a member of the ICCA-ASIL Task Force on Damages in International Arbitration. The firm’s arbitration and damages portfolio as party counsel, arbitrator, adjudicator, damages and legal experts and consultants recently exceeded US$1 billion.

Dr. Herfried Wöss is a leading international arbitrator. He is listed in the Legal 500 Powerlist Arbitration Latin America and considered a prestigious arbitrator in the International Who’s Who: Commercial Arbitration. He is currently sitting as president and arbitrator on large and complex arbitrations dealing with gas pipelines, major infrastructure projects and complex damages issues. He is frequently acting as party counsel in damages, infrastructure and energy arbitrations.

Adriana San Román has extensive experience as counsel and damages expert in large infrastructure and energy arbitrations and litigation including oil platforms, aqueducts, hospital and industrial projects. She is a member of the ICCA-ASIL Task Force on Damages in International Arbitration and she has recently acted as a damages expert in international arbitrations and litigation including a large oil platform construction arbitration where a US$280 million claim was dismissed and the respondent was awarded an US$60 million counterclaim based on her expert opinion.

Partner Christian Carbajal Valenzuela was lead counsel in Tza Yap Shum v Peru and is also a professor for investment arbitration in Peru and Brasil. Christian is head of the Lima office and is expanding the firm into Brazil where he has established a reputation as the leading expert in investment arbitration. He is a Fellow of the Chartered Institute of Arbitrators and a former Secretary-General of the Arbitration Centre of the Lima Chamber of Commerce. Christian frequently sits as arbitrator and is Director of CAMESC, one of the main arbitration centres in Southern Brazil.

Prof. Dr. Nikos Lavranos supports the firm’s Investment Arbitration team as International Of Counsel in various upcoming energy-related investment arbitrations. He is the Secretary-General of the European Federation for Investment Law and Arbitration (EFILA) and has advised investors on investment arbitrations against Russia, Ecuador, the Czech and Slovak Republics. Prof. Lavranos has negotiated international investment agreements on behalf of the Dutch government with Morocco, the United Arab Emirates, Azerbaijan and Iraq and participated in the TTIP, CETA and EUSFTA negotiations.

In 2020, Paolo Cammarota joined the firm as International Of Counsel and has acted together with the Wöss & Partners team in the aforementioned preparation of a major arbitration in New York law with respect to a large power plant. Paolo is an experienced litigation and arbitration lawyer, having previously practiced at SkaddenArps and graduated from Stanford and Yale. He is a founding partner of Cabrera Cammarota PLLC in New York.

Dr. Devin Bray recently rejoined the firm as International Of Counsel. He was previously a lawyer in the practice of Judge Charles N. Brower. He has extensive experience, in particular, with investment arbitrations. Dr. Bray wrote his doctorate on the issue of legitimate expectations and worked with the firm on the ICSID Renée Levy de Levi v. Peru annulment committee procedure. He is also a Barrister and Solicitor of the Law Society of Ontario.

Prof. DDr. Adolf Peter joined the firm as International Of Counsel in 2021. He is an Austrian attorney on leave having practiced in the field of arbitration with Luther in Singapore and Graf & Pitkowitz in Vienna, and an Associate Professor for Arbitration at the Shanghai University for Political Science and Law from where he attends the Asian market.

The firm frequently advises third party funders on high-profile investment and commercial arbitrations pending before ICSID and other arbitral institutions.

Wöss & Partners has offices in Mexico City, Washington DC, Lima and a representative office in Vienna (Palais Aurora). The working languages of the firm are English, French, Dutch, German, Greek, Spanish and Portuguese. Recently, it has entered into an alliance with Braz Campos Advogados in Brasil in the field of international arbitration.