During the last 30 years, the firm has participated in innumerable infrastructure projects including the public tender for the Chicoasen I hydropower plant for VA TECHNOLOGIE AG or the Central Anáhuac thermoelectrical power plant. It has drafted and negotiated innumerable EPC contracts including FIDIC contracts, and advised the Mexican government with respect to the Mexican Public-Private Partnership law. The firm has worked for many of the large construction and energy companies including Techint, Bilfinger & Berger (Fru-Con Construction Corporation), ABB, Engie, Siemens and others. 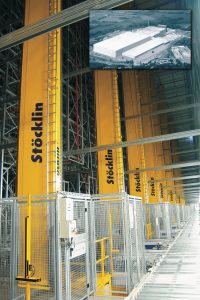 The firm also engages in contract administration and claim management in large infrastructure projects such as gas pipelines, and is a pioneer with respect to dispute boards.

The founding partners of the firm, Dr. Herfried Wöss and Adriana San Román are the authors of the Oxford University Press monograph on Damages in International Arbitration under Complex Long-term Contracts in which they wrote a chapter on the architecture and engineering of complex long-term contracts based on income-stream which are subject of large commercial and investment arbitrations.

Wöss & Partners frequently acts as party counsel in complex international arbitrations related to large infrastructure and energy projects. Dr. Herfried Wöss regularly sits as president of arbitral tribunals, sole arbitrator, co-arbitrator or adjudicator  or member of dispute boards in international arbitrations related to construction, infrastructure and energy projects and damages claims. Dr. Herfried Wöss has contributed to the UNCITRAL Legislative Guide on Public-Private Partnerships (2019) as Member of the UNCITRAL PPP Working Group and co-chaired Chapter VI on Dispute Resolution at the UNCITRAL Conference on Public-Private Partnerships in Vienna in 2017.