Dr. Herfried Wöss and Adriana San Román and their team recently won a US$240 million energy tariff arbitration representing a large energy corporation as respondent obtaining the dismissal of all claims and the award of the counterclaim and the cost and expenses of the arbitration. The case implied the application of more than 30 economic variables and the art of explaining and proving to the arbitral tribunal that all tariff items could be duly verified and that the amounts charged were correct.

Adriana San Román acted as expert appointed by Deutsche Bank in a project related to a national oil company. The arbitration led to the dismissal of a US$280 million claim and an award in favour of the respondent of a US$60 million counterclaim based on her expert opinion.

Dr. Herfried Wöss and Adriana San Román are  the  principal authors of the Oxford University Press monograph Damages in International Arbitration under Complex Long-term Contracts (2014) and of the chapters on “Damages in Investment Treaty Arbitration” and “Damages in Commercial Arbitration” in International Arbitration and EU Law (José Rafael Mata Dona and Nikos Lavranos (eds.), Edward Elgar Publishing 2021) in which they formulated an international damages doctrine with respect to income generating contracts, assets and investments. Dr. Wöss also wrote the chapter on “Schadenersatz” with respect to income generating contracts and investments in: Michael Nueber, Handbuch Schiedsgerichtsbarkeit und ADR (LexisNexis Orac 2021). 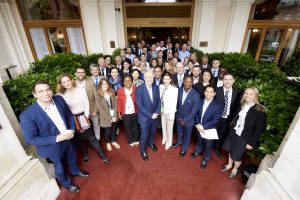 Adriana San Román and Dr. Wöss  are also the authors and lecturers of the Advanced Seminar on Damages in International Arbitration© which they have held with the ICC Austria, the Washington DC Bar, the ICC Costa Rica, the Mexican Corporate Lawyers Association and other institutions. They also frequently act as experts for large third party funders as regards the feasibility of damages claims in commercial and investment arbitrations.